The application of ZINGA on the pier legs at Killybegs Harbour was done in the summer of 2000.

The customer, the Irish Department of Marine and Natural Resources, and the contractor, SAR Marine & General, waited a full year before giving any official comment on the performance of the ZINGA coating.

Based on regular controls, they confirmed that the ZINGA is performing very well.

The fishing pier, which supports the factory buildings, is held up by 309 mild-steel hexagonal shaped legs, all approx. 600 mm in diameter.

These pier legs have been in the sea for 25 years and due to the salt and the sulphate reducing bacteria present in the sea water, they were losing up to 2 mm per year of their thickness. The waters around Killybegs are unique because they have the highest rate of corrosion in Europe.

The height from the concrete deck to the water level at low tide is approx. 3 to 4 meter.

At high tide, 1,5 to 2 meter of each pile is totally submersed in seawater.

The piles were prepared by UHP water-jetting and blasting to SA 2.5 with Rz 40 to 60 µm.

The application happened under severe surveillance of SGS Axa-Med, because it was a very difficult and delicate application as they had to take into account the tidal movement of the water and the constant contact with sea water. SGS Axa-Med had prescribed a dry film thickness of ZINGA of 25 + 40 + 40 + 40 µm = 145 µm, but in the end an average of 300 µm was measured.

Inspections in 2003, 2006 and 2009 confirmed that ZINGA is protecting the steel members very well in these harsh conditions.

In March 2014, the pier legs were hydro-blasted during an inspection. The shellfish/barnacles on the surface of the ZINGA layer have grown more than 100 mm in thickness in places, but the ZINGA underneath is still in perfect condition. 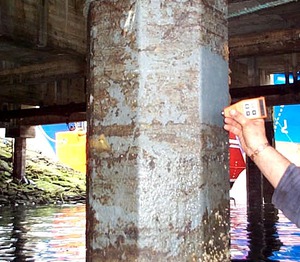 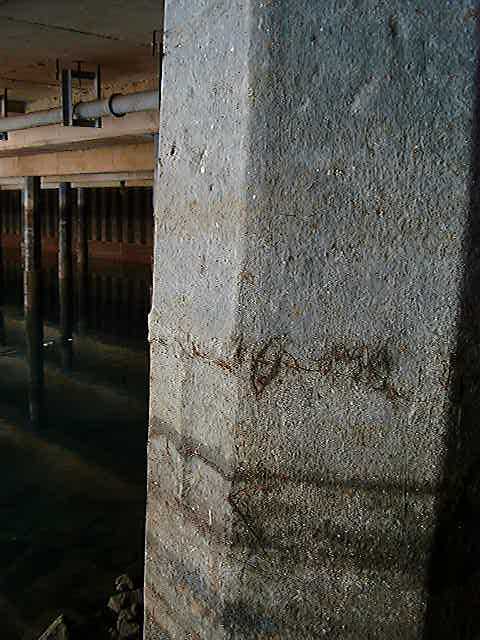 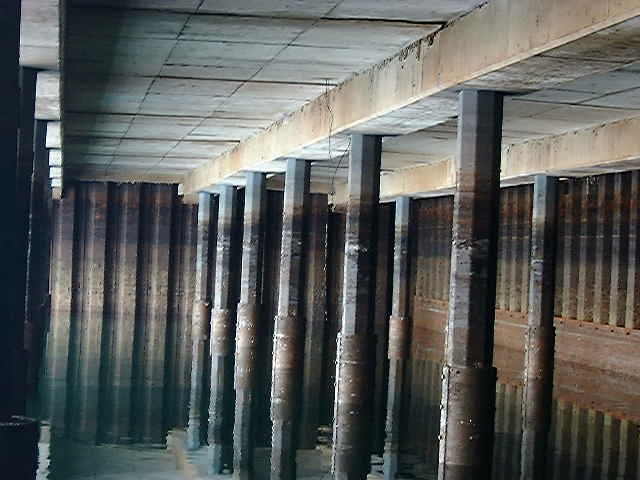 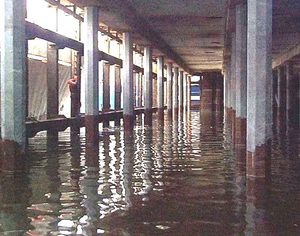 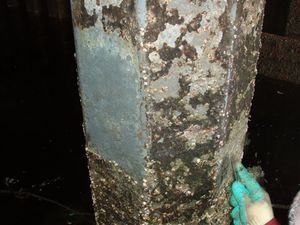 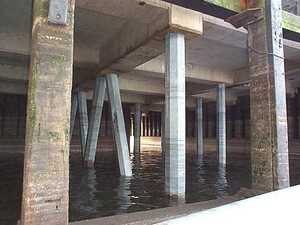 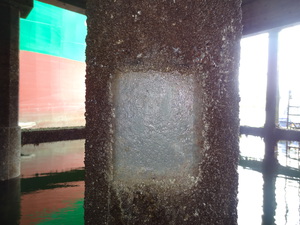 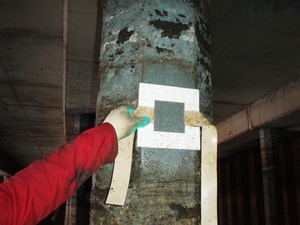 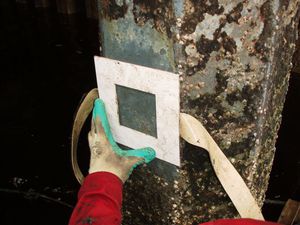