Built at the Inchicore main rail yards in 1919 immediately after end of WW1 for the Great Southern and Western Railway (GSWR), this railway turntable was in a sad state and the current owners IRISH RAIL decided to restore it to coincide with its 100 year anniversary.
The turntable was mounted on a circular steel track at the main works and its purpose was to turn the train around facing the opposite direction in situ… all by only a handful of men. This was possible due to the precise balancing of the structure.
Kilkenny based Total Highway Maintenance won the contract to carry out the restoration.
To restore the turntable, the entire piece had to be shot blasted to SAE 2.5. Following blasting, ZINGA was applied throughout to 60 – 80 micron DFT.
Later two coats of ZINGA ALU ZM were applied to provide a nice silvery finish.
To complete the project, walkways were fabricated and installed on both sides of the turntable.
All going well, that turntable should be around in 2119 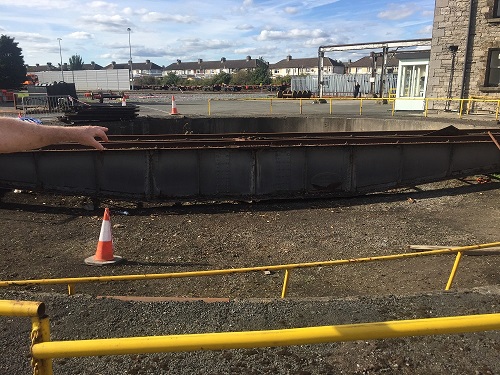 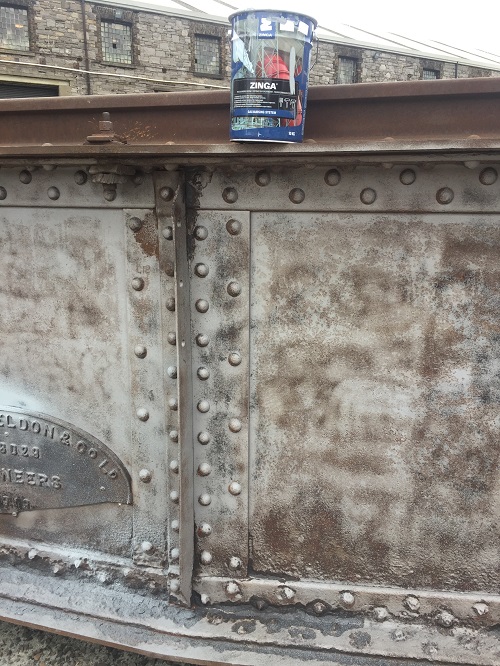 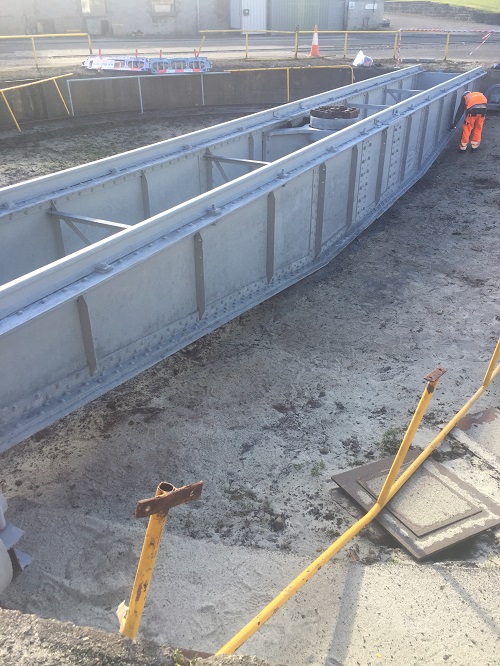 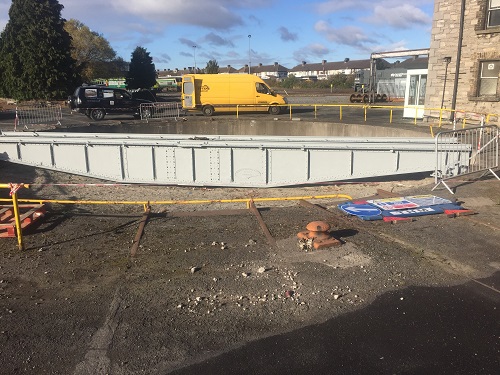 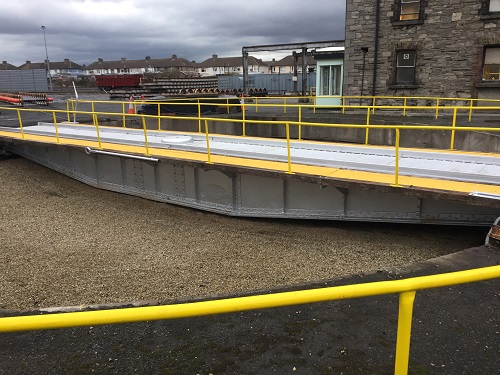